Following the previous announce of Smithay's Client Toolkit, this post aims at giving a general feeling of how this toolkit can be used, and in general how Wayland client apps are written. To do so, I'll first recap some general information about how Wayland works, and then do a step by step construction of a simple Wayland image viewer app. 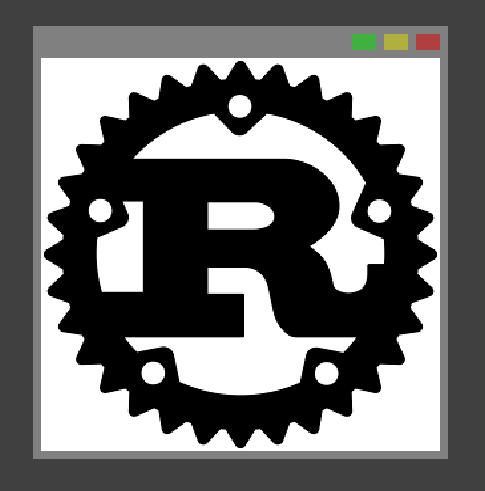 Some context: how Wayland works

Wayland as its core is an object-based message-passing protocol. What I mean by that is that a client app will need to connect to a unix socket on which the Wayland server is listening, and then, via this socket connection the client will send requests to the server ("I want to receive pointer inputs", "I want to draw this", etc...), and receive events from the server ("The pointer moved to this location", "the user pressed this key", etc...). These messages are attached to objects, which are a protocol construct. For example, a client interested in receiving pointer inputs will create an instance of the wl_pointer interface (think class), and all messages regarding pointer input will be received through this object.

As said previously, all messages are attached to an object, and objects are created or destroyed by messages. Thus all objects are created by messages of another object, which is then its parent. This way, we can see the hierarchy of all objects as a tree. At its root there is the wl_display. This object is automatically created when the connection is established, and represents the connection itself. From the display a client will instantiate the wl_registry, which is the real core of the protocol tree.

Via events associated to this registry, the client will be notified of the existence of various global objects. These objects can be instantiated from the registry, and are global in the sense that they represent an underlying resource, and no matter how many times you create an instance of a global, all these instances represent the same underlying resource.

There are two kinds of globals:

From these globals, the client can create more objects (each global defining a subtree of objects) and send requests and receive events through them. All Wayland interactions are done this way.

The protocol is also extensible: the list of possible interfaces as well as their associated requests and events are defined in XML files. There is one defining the core protocol (which notably includes the wl_diplay and wl_registry interfaces) that every Wayland server is expected to implement. Additional protocol extensions can also be supported, defined in other protocol XML files. They appear as more globals in the registry that are simply ingored by clients not supporting these extensions.

With this in mind, let's start writing our app with Smithay's Client Toolkit (that I'll abbreviate as SCTK from now on).

Our goal here is to build a very simple client: we will start it from command line giving it an image file as argument, and it will just open a window showing this image. We'll also make the window resizable, and it will rescale the image appropriately.

The first part or our app is thus loading this image. This is in no way Wayland-specific, and we'll just use the image crate for that:

That was the easy part, we now have the image loaded in memory. Time to initialize the Wayland setup.

First of all, we need to connect to the Wayland server:

This connect_to_env() function tells Wayland-client to try to connect to a Wayland server according to the configuration of the environment variables. This is what most Wayland clients are expected to do.

Now, from this client, we are supposed to retrieve the wl_registry and process its events to retrieve the global list and bind the globals we need. For this, SCTK provides us with a first utility that does that for us: sctk::Environment. It takes a registry as an argument, wraps it, processes its events and automatically binding the most classic globals. This will be sufficient for our example.

Once Environment::from_registry(..) returns, we get an already-initialized Environment with various Wayland globals already bound, available as public fields. First of all, we will use the wl_compositor global to create a wl_surface. The surfaces are the most fundamental building block of a Wayland app. It describes a rectangle of pixels to which you can attach a wl_buffer defining its contents. A Wayland app is built on surfaces:

Once this surface exists, we'll use it as the main surface of our app, the one on which we'll draw the image we loaded earlier. However, we must first declare that this surface will be our main surface, by assigning it the "toplevel surface" role.

SCTK provides a convenience type named Window, which handles this for us, as well as a few other things:

But it cannot do everything, and requires us to provide a callback to which some events will be given that we'll process ourselves.

At this point, we have created most of the Wayland objects we'll need for this app. It's time to jump to the next step:

In here we'll intialize a few more resources we need to do our drawing, and define a function that redraws our window for a given size, resizing the loaded image if necessary.

Defining the contents of a surfaces is done in Wayland by first drawing the content, creating a wl_buffer referencing this content, and then attaching the buffer to the surface. The two main ways of sharing buffers is via OpenGL or shared memory in case of CPU drawing. We'll stick to manually writing the pixels for this app.

A shared memory pool in Wayland context is just a file (more precisely a tempfile that exists only in memory, not on disk) into which the client writes some content. The client then shares the file descriptor with the server, and when creating a buffer, specifies that the buffer refers to a certain set of pixels in the file. The server will then just read these pixels in the shared file to know the contents of the surface this buffer was attached to.

Now, there is an obvious possibility of race if the client writes the file at the same time as the server reads it. To handle this, the server actually sends an event on the buffer to notify that it has finished reading the contents associated with the buffer. The client is expected to manage the double-buffering accordingly.

For this purpose, SCTK provides two tools. The first is MemPool, which is an abstraction over a shared memory pool, managing the transmission of the shared file to the server. The second one is DoubleMemPool. As you may guess, this holds two MemPool. It gives you access to one of them, and a way to swap them. A small convenience for doing double-buffering.

Creating our DoubleMemPool is quite simple:

We will now write a utility function that will do the drawing itself. Taking a mutable borrow of a MemPool, a reference of our image, and the target dimensions, it will resize the image to these dimensions, write it to the memory pool, and return a new buffer to the newly drawn contents. We'll actually manage the double buffering in the event loop.

We now have all the parts in place to start running our app, time to write the event loop.

As our app has very little room for user input (we handle nothing except the window being resized), our event loop will also be quite simple. It needs to:

Here we are done with our app. You can find the full source of this program in the github repo of SCTK and try to run it in a Wayland compositor.

Thanks for following me to the end, and I hope I managed to give you a good general idea of how Wayland works, and how SCTK can be used to make Wayland native apps. =)